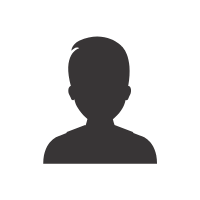 Coach transport is ideal for people going on road …

If your wedding is around the corner or you have b …

The Bigger Your Equipment, The More You Need Low Loaders
16 March 2020

Low loaders are one of the most important transpor …

Are you planning a wedding? Getting ready for your …

The Development of Standard Containers

Some attempts to develop a standard form of container for coal transportation came about in the UK in the 19th century, but it was not until the 1920s that the containerised heavy haulage system really started to work when a group of British railway companies got together to connect dockyards and warehouses with their networks more effectively. These days, globally standardised shipping containers come in a wide variety of sizes, but they always have the same height and width, which means that they can be used in a variety of heavy haulage situations.

Thanks to the standard dimensions of modern containers, it is possible for intermodal freight transport to occur all over the globe. Many of the world's shipping containers are at sea on huge container ships. The largest of these are only really restricted in size by the great canals which connect some of the world's oceans. The Panama Canal and the Suez Canal are two prime examples of how container ship design is limited. The other mass transport system for container shipments are railways, of course. In North America, container well cars are used, and these allow two containers to be stacked on top of one another. In Australia, it is more common for railroad cars to have just one container each. Of course, such containers can also be hooked up to trucks quite easily and then transported by road, something that occurs from railway interchanges and directly from seaports.

The heavy haulage system requires lifting equipment in order to move containers from storage yards onto trucks or to load them onto shipping containers. In Australia, chief among these devices is the straddle carrier. Effectively, this is a large mobile crane which can pick up a container and then straddle another vehicle, such as a railway car or a truck, to then deploy it safely. Straddle carriers can be seen at all major ports around the world, including the Port of Melbourne in Australia, for example.